Melonie Biddersingh was a teenage girl murdered by her father and stepmother in 1994. She remained unidentified until 2012.

Born in Jamaica, Melonie and her younger brother Dwayne were sent by their mother to live with their father in Canada in hopes of her children living a better life.

The siblings moved to Canada in 1990. Once there, they were subject to abuse at the hands of their father and stepmother, Everton and Elaine Biddersingh. Dwayne passed away at age 14 in 1992 after allegedly jumping off of the balcony of the family's 22nd-floor apartment after Everton threatened to send him back to Jamaica. His death was considered suspicious but was ultimately ruled a suicide. Their mother requested that Melonie be returned to her care in Jamaica after Dwayne's death, but it was determined that Melonie was doing well and no further action was taken.

According to another one of Melonie's siblings, she was severely beaten, starved, and forced to live in a closet until she eventually passed away due to the abuse. Her body was discovered inside a burning suitcase on September 1st, 1994. She weighed around fifty pounds when she died and had suffered over twenty broken bones, which she had received no medical care for. When Melonie's mother asked about where she was, she was told that she had run away to the United States.

The case went cold until 2011 when Elaine Biddersingh confessed her involvement in the murder to a priest. Melonie Biddersingh was officially identified in February 2012. 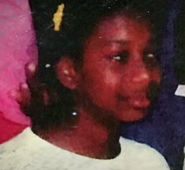 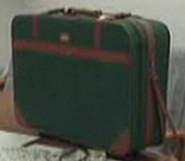