Maurice Taylor was born on December 21, 1959 in Indianapolis, Indiana and attended Franklin Central High School in the late 1970s. Later in his life, he became a vagrant living in the boiler room of an apartment complex in Indianapolis. Due to his financial difficulties, he offered sexual services around the gay bars. It is not known when he disappeared, and he was not initially reported missing because his mother, Shirley, was detained in a mental hospital.

On July 21, 1982, the body of a topless man was found in the Weasel Creek in rural Hamilton County, Indiana outside Atlanta, Indiana. His cause of death could not be determined, but the coroners suspected that he had been strangled. The victim was buried the next day at the Riverside Cemetery in Noblesville, Indiana. Eight months later, the victim was identified as Maurice Allen Taylor through his mother.

Taylor is considered the second victim of the I-70 Strangler. Between 1980 and 1991, twelve young boys or men were strangled and their naked bodies dumped near the Interstate 70 in Indiana and Ohio. Most of the victims were members of the LGBTQ community who disappeared within a four-block radius in Indianapolis.

No one has been arrested or convicted for these murders, but authorities looked at several suspects, including serial killers Larry Eyler and Herb Baumeister. Larry Eyler murdered twenty-one to twenty-four teenage boys and young men between 1982 and 1984 and mostly in Illinois and Indiana. However, Eyler, while confessing to twenty-one killings, never confessed to killing any of the I-70 victims before his 1994 death at the Pontiac Correctional Center in Illinois.

Herb Baumeister was discovered to have sexually assaulted, killed, and pulverized the remains of eleven men at his Fox Hollow Farm estate in the Westfield suburb of Indianapolis. Baumeister's victims, like the I-70 Strangler's victims, were strangled and many were last seen at gay bars. Additionally, a witness claimed Baumeister was the man seen leaving a gay bar with the fourth I-70 Strangler victim, Michael Riley, before being found strangled on June 5, 1983. After an arrest warrant was issued for the murders at his estate, Baumeister fled to Ontario, Canada and died by suicide in Pinery Provincial Park before he could be brought to trial. He did not confess to killing anyone in his suicide note. Outside of the circumstantial evidence, there is no known physical evidence linking him to the I-70 killings. 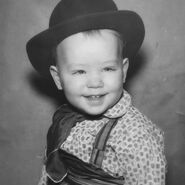 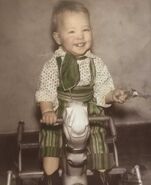 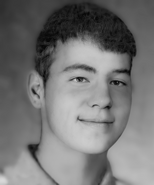