Suspected homicide
Markham Doe was a young adult or middle-aged individual found deceased in Ontario in 1980. Womens' clothing located at the scene has led investigators to believe the decedent was most likely transgender.

In 2009, a lead regarding the possible match between the decedent and a man who had been missing from Ontario as of December 1977, Mario Palermo, was investigated by Detective Clark on behalf of York Police, as referenced above. Subsequent DNA analysis had been performed, revealing that the match had proven negative, and has therefore since been ruled out.

Note: The clothing found was in the vicinity of, but not on, the body. 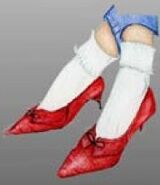