Unidentified Wiki
Register
Don't have an account?
Sign In
Advertisement
in: Female, Homicide by strangulation, White,
and 11 more

Margie Calciano went missing after she left home after a fight with her mother, Joan. Joan and Margie's friends informed authorities that she was last seen with Peter Williams, a handyman and drug dealer who had previously sold her cocaine.

Margie's body was found alongside a highway, wrapped in an army-green blanket and bound with rope, about three days following her murder in Goulgersville, Cumru Township, Pennsylvania. Authorities discovered hairs that did not belong to her. They took her fingerprints but could not match them initially, and she was buried as a "Jane Doe." A local woman, Mary Kalback, raised funds so that she would not be buried in a potter's field. While she was unidentified, she was sometimes referred to as "Scarlett Doe" due to her red hair.

While she was unidentified, Margie was speculated to be a victim of the Redhead Murders, AKA The Bible Belt Strangler. During the mid-1980s, up to eleven women and girls, including this victim, were found dead along the southeast highways of the United States. It has been speculated that the killer (s) preyed on women who were either prostitutes or transients who were estranged from their families. In 2019, it was announced that deceased trucker Jerry Leon Johns was responsible for Tina Farmer's murder in 1985, but it is not clear if he is being investigated for the rest of the murders.

On October 23, 2003, authorities were able to identify Margie through fingerprint records. In November 2003, they informed Joan, although Mary Kalback had died before the identification. On December 8, 2003, her funeral was conducted at St. John the Evangelist Church in Brooklyn and had two dozen people in attendance. She was buried at Green-Wood Cemetery in Brooklyn.

Authorities tested the foreign hairs found at the crime scene and the DNA from the hairs matched with Peter Williams, who provided a saliva sample beforehand. On January 20, 2005, he was arrested in Tucson, Arizona and charged with Margie's murder. Unfortunately, he died in July 2005, a month before his trial was to begin. Authorities speculate she was not his only victim, but no updates have been reported since.

Although Margie is no longer considered a presumed victim of the Redhead Murders and Williams has not been labelled a suspect in the other murders, some sources may indirectly refer to her as one. 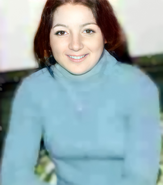 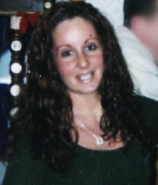 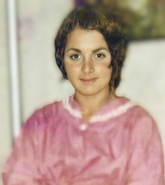 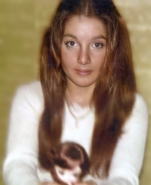 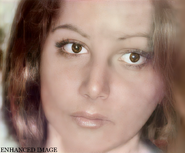 Her case was the first to be detailed by Who Killed Jane Doe? in 2017.