Unidentified Wiki
Register
Don't have an account?
Sign In
Advertisement
in: Featured cases, Female, Homicide by strangulation,
and 20 more

Strangulation
Marcia Lenore Sossoman (King), (June 9, 1959 - April 22, 1981), was a young woman found murdered in Troy, Miami County, Ohio on April 24, 1981. She was tentatively identified on April 9, 2018 and the confirmation was announced on April 11. While she remained unidentified, she was known by the nickname "Buckskin Girl."

King was known to hitchhike and was last seen sometime in 1980 by relatives in Little Rock, Arkansas. A missing person report was never filed by police, as she was an adult when she lost contact with family.

Despite this, loved ones continued to search for her. King's mother remained at her home in Arkansas and never changed her telephone number, hoping her daughter would contact her.

King traveled across the United States, some witnesses claimed to have seen her in places, such as a bar or park. She later died in Ohio, from strangulation and beating. Her body was left alongside Greenlee Road by an off-duty officer. Sources differ on the position of her body, stating it was face-down or in a fetal position.

King is thought by some to be the first victim of a span of murders in the Ohio area, which occurred until 2004. Up to nine other women were victims of this unidentified serial killer, who may have been a trucker. Most of the women wore no jewelry or footwear when discovered.

One notable victim was Patrice Corley, who was killed via blunt trauma and left near a truck stop. She was discovered in 1990 and remained unidentified until 2017.

Despite the connection made by authorities, it is worth noting King's murder occurred years before the killings occurred more often. There was also no evidence she was a prostitute and was not sexually assaulted before her death.

During the 1980s and 1990s, the Redhead murders theory was introduced publicly. King was initially considered a potential victim, but was later ruled out. Most of the crimes occurred in the Southeastern states and most of the likely cases occurred around 1985. This killer has also never been identified, despite that some suspects have been mentioned.

Extensive investigation has ruled out over two-hundred missing females.

In 2016, NCMEC released two renderings of King, depicting her with and without her braided hairstyle, also publishing a poster on their database. Police also began pollen and isotope examinations, which indicated regions where she had traveled.

The tests confirmed the assumptions she had lived a transient life before her murder. Tests on her hair and nails showed she had spent time in the Southwest, Southeast and possibly Northern Mexico. She had spent around four months (split by two visits) to areas around Oklahoma and Fort Worth, Texas. Pollen and soot indicated she had traveled through urban areas.

The isotope tests gave additional locations King resided, pinpointing the Northeastern part of the United States as a place of birth or early childhood. There is no information confirming whether or not she was born in this area, as she left her family's residence in Little Rock, Arkansas at the approximate age of 19 or 20.

King's case was submitted to the DNA Doe Project in 2018, using forensic genetic genealogy to identify potential relatives in the free database known as GEDmatch. The organization used a blood sample, which was poorly preserved, to upload into the system. They received additional assistance from the Full Genomes Corporation.

A match was made within four hours of research and was the first identification made by the organization, if not through genetic genealogy. In early April 2018, King's brother confirmed her identification through Facebook, providing some details about her disappearance. Unfortunately, he was forced to delete his profile from a wave of unsupportive comments, questions and criticism.

Marcia's father died in January 2018 and she was also preceded in death by two brothers. Her parents divorced when she was an infant. Both parents remarried and she had additional half-siblings.

Police scheduled a press conference for the morning of April 11, where they revealed the victim had been identified, providing her name and two photographs. The investigation is now focusing on solving her murder, which does not have viable suspects or persons of interest. Authorities created a timeline of her whereabouts, also stating she may have ventured to Ohio to participate in a religious organization.

King remains buried at the Riverside Cemetery in Troy, Ohio. After her identification, her headstone was replaced, bearing the name "Marcia L. Sossoman (King)." Some sources omit "King,". "Sossoman" was Marcia's birth name but was changed to "King" when her mother remarried. 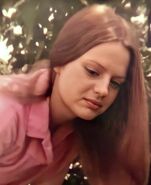 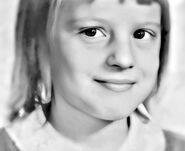 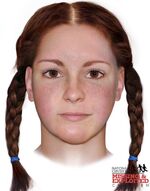 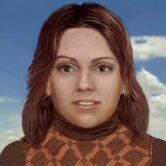 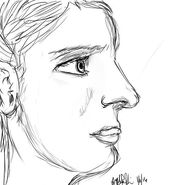 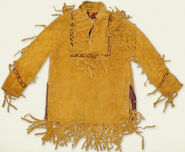