Madison County Jane Doe was a toddler or child whose skeletal remains were discovered inside of a suitcase that was placed along Interstate 45 in Madisonville, Texas in 2016. Genealogy testing suggested "strong ancestral ties" to both El Salvador and Nuevo Leon, Mexico.

The child's remains were discovered along a roadway in Texas inside of a suitcase. The skeleton itself was wrapped in 3 garbage bags. Authorities then concluded that the child was deceased for likely 3 to 5 months prior to her discovery.

Recent isotope and pollen testing indicated the child was originally from Southern Arizona, New Mexico, or perhaps Northern Mexico. Authorities have stated Southern Arizona is the most likely place she originated from.

After the reconstruction was released, a woman from Tucson, Arizona contacted police, stating that her estranged granddaughter resembled the child. She claimed that she called NCMEC 4 times, but refused to take her information. There is indication that this child was eventually ruled out. 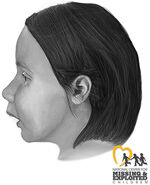 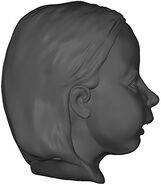 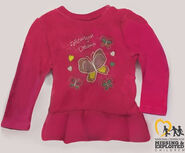