Unidentified Wiki
Register
Don't have an account?
Sign In
Advertisement
in: Female, Homicide by gunshot, Partial remains,
and 12 more

Linda Louise LeBeau (née Durnall) (April 10 or 11, 1950 - c. October 1977) was a woman whose partial skeletal remains were discovered off of Ortega Highway near Lake Elsinore, California in 1986. She was reported missing 8 years earlier by her boyfriend.

She was identified in January 2022.

It was known that Linda LeBeau and her husband Phillip had gone through a divorce and that Phillip had a history of domestic violence towards Linda, especially after she found a new boyfriend. On October 6, 1977, the pair were known to have visited Love's Restaurant at 1571 El Camino Real in Tustin, California, where Phillip was asked to give Linda $300 after he put sugar in Linda's boyfriend's gas tank and slashed his tires. He also broke in to Linda's apartment and stole some of her belongings, reportedly sentimental ones tied to her new relationship.

Later that day, Linda and an unidentified male companion (believed to be Phillip) were seen arguing in Linda's cream 1971 Volkswagen Bus at the Texaco gas station on the corner of Red Hill Avenue and El Camino Real before Linda reversed into a witness' car, reportedly by accident. She then got out of her car and ran towards Red Hill Avenue, before her male companion brought her back to talk to the male witness, who sensed something was wrong. He gave Linda his contact information in case she needed help, but that was the last time Linda was seen alive.

Four days later, Linda's car was found on the shoulder of the Red Hill Freeway onramp to Interstate 5. Her purse and other belongings were found in the vehicle and there did not appear to be a struggle. Linda's new boyfriend reported her missing after discovering that no one had heard from her.

Phillip returned home much later than usual on October 6 wearing a different set of clothes that were very wet. Despite Linda being his third wife, and the fact that he was seeing a fourth woman at the time, Phillip was reportedly overly fixated on Linda. Phillip was the prime suspect in the investigation - he told investigators about a house off Ortega Highway that Linda and himself lived in when they were married, and claimed to have gone swimming on the night of her disappearance. However, Phillip passed away in 2008 before Linda's remains could be identified.

The partial skeletal remains of a woman were discovered by surveyors in an embankment off of Ortega Highway near Lake Elsinore, California in 1986. Her skull was recovered, and it was determined that she had been shot in the head in an apparent homicide. Police were unable to link Jane Doe's remains to any missing persons, and failed to identify any suspects.

A DNA profile was created for the woman, and a potential match was found to members of the Durnall family who had submitted DNA samples in 2007 in an effort to find a family member who had disappeared on October 6, 1977.

In January 2022, authorities determined that the remains belonged to Linda Louise LeBeau (née Durnall), who was aged 27 when she disappeared. She was last seen on October 6, 1977 at a Texaco gas station in Tustin, California with a man, who authorities believe to be her ex-husband Phillip. 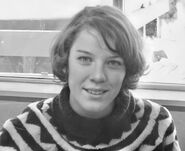 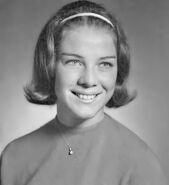