Unidentified Wiki
Register
Don't have an account?
Sign In
Advertisement
in: Female, Homicide by gunshot, Hispanic,
and 11 more

Lina Izaguirre Reyes-Geddes was a woman found murdered in 1998 near Maidenwater Spring in Garfield County, Utah. She was identified in November 2018.

Reyes-Geddes was last seen in Austintown, Ohio on April 8, 1998. She was supposed to travel to Dallas, Texas and then to Laredo, Texas, but it's not apparent if she ever made it to these destinations.

Lina's body was discovered on April 20th in Garfield County, Utah. It had been covered with plastic bags, wrapped in duct tape, tied with a rope and placed inside a sleeping bag before being wrapped in a rug. She had been shot in the head and her fingers had been cut off, preventing identification.

Serial killer Scott Kimball was considered a suspect in her murder as the way she was found is similar to the way many of his victims were found. Kimball is a suspect in the presumed murder of Jennifer Marcum.

In June 2022, it was announced that her husband, Edward Geddes, had been identified as her killer. Geddes had taken his own life in Nevada in 2001.

After a press conference and renewed push by law enforcement on October 2nd detailing the 1998 death of the then-unidentified woman, an amateur sleuth contacted law enforcement to suggest a comparison between Lina Reyes-Geddes and the Jane Doe. After making contact with police in Youngstown, Ohio, investigators were able to make contact with a family member of Reyes-Geddes in Mexico. In early November 2018, two of her family members agreed to travel to the U.S. Consulate in Monterrey, Mexico where DNA swabs were taken. A Utah-based company then compared their DNA with the victim and confirmed the match. 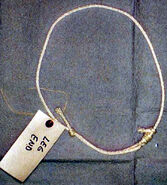 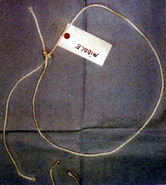