Unidentified Wiki
Register
Don't have an account?
Sign In
Advertisement
in: Male, Homicides, Cases with Wikipedia articles,
and 10 more

Homicide
Leonard Dyck, also known as Len, was a formerly unidentified man found deceased near Highway 37. He's believed to have been murdered by Kam McLeod and Bryer Schmegelsky. The duo were also suspects in the murder of Lucas Fowler and Chynna Deese, who were found deceased along the Alaska Highway. On August 7, 2019, the two fugitives were found deceased in northern Manitoba.

Len was a married father of two. He worked as a teacher at the University of British Columbia since 2003, where he taught botany. Leonard was passionate about his research, which mostly consisted of seaweed and how it survived when exposed to different environments.

It's believed Leonard left Vancouver to go on a camping trip by himself, something he'd done before.

The Dease Lake Royal Canadian Mounted Police (RCMP) received information about a vehicle fire located south of the Stikine River Bridge on Highway 37. After the RCMP arrived at the site, a passing motorist informed the RCMP about a body located two miles south, at a nearby highway pullout.

The vehicle was eventually confirmed to belong to Kam McLeod and Bryer Schmegelsky. They were charged with the second-degree murder of Leonard the same day he was identified.

McLeod and Schmegelsky were located deceased in a wooded area not long after. They had apparently commited suicide. 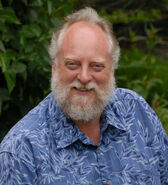 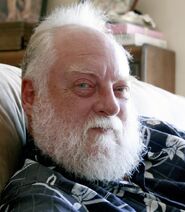 Reconstruction of Leonard from when he was unidentified.