Unidentified Wiki
Register
Don't have an account?
Sign In
Advertisement
in: Female, Homicide by strangulation, Cases with Wikipedia articles,
and 11 more

Laura Marie Purchase was a young woman found sexually assaulted and strangled near Montgomery, Texas on March 17, 1983. She was identified in 1986.

Serial killer Henry Lee Lucas falsely confessed to her murder and was convicted for her murder. In 2021, DNA evidence proved her killer was Thomas Elvin Darnell.

Some sources may identify her by her as Laura Marie Purchase Robertson, which might be her married name.

Laura Purchase was last seen on March 5, 1983 in Houston, Texas. She was last known to be living with a man named "Howard" or "Howie" who played in a band called "Malibu."

At about 3:00 AM, a Montgomery County Sheriff's Office patrol deputy witnessed a recently made fire in the woods along the northbound service road of the I-45 at League Line Road near Montgomery. The deputy discovered the naked body of an unknown woman within the fire. An autopsy indicated she was sexually assaulted and strangled and the fire was caused by an accelerant. Traces of a man's DNA was recovered at the scene and the unknown woman's fingerprints were taken.

In 1986, FBI officials identified the unknown woman as Laura Purchase through fingerprint records. Laura was soon buried at the Memorial Gardens Cemetery at Traverse City, Michigan.

After being convicted for killing Becky Powell and Kate Rich in 1983, Henry Lee Lucas confessed to killing Laura. He was convicted in 1986 and she was one of eleven victims Lucas was convicted against.

While in custody, Lucas confessed to killing over hundreds people with the Lucas Task Force, headed by the Texas Rangers, closing two-hundred and thirteen murder cases. However, it was eventually determined Lucas falsely confessed to most of the cases, with authorities greatly enabling him by bribing him with privileges or letting him read cold case files to confess. Lucas would recant all of his confessions, including this one. Eventually, he was convicted of eleven murders, suspected of more, and died on March 12, 2001.

In 2008, the MCSO's Cold Case Unit compared Lucas' DNA to the DNA at the crime scene. He, along with his partner in crime, Otis Toole, were ruled out as being contributors to the DNA.

In October of 2019, investigators sent the DNA evidence for genealogy testing. The genealogy report suggested Thomas Elvin Darnell of Kansas City, Kansas as a potential suspect. As a result, a DNA search warrant for Darnell was obtained and his DNA was collected on March 17, 2021, 38 years after Laura was found murdered. A month later, the results came back a match.

On May 11, 2021, Darnell was arrested at his home and was extradited to Texas and sent to the Montgomery County jail. He was charged with capital murder and was held without bond. Unfortunately, Darnell, who suffered health problems, died of natural causes on July 26, 2021 before he could be tried and convicted. 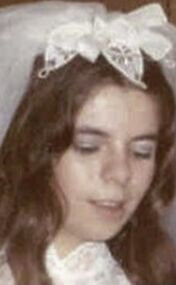