Kyrian Knox was a toddler whose remains were found dismembered in a lagoon in Garfield Park on September 5, 2015. He was not reported missing until shortly after his remains were discovered. Kyrian's mother said he was left in the care of a family friend in Rockford, Illinois while she moved from Iowa to Chicago. He remained unidentified until early November 2015. His death has now been ruled a homicide. 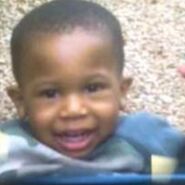 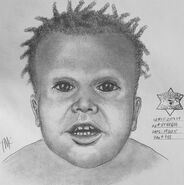