He was identified in January 2020 by the DNA Doe Project.

Loggers discovered King's skeletal remains along Highway 25. They first believed they had found a "pile of clothes," until further inspection. The site was described to be on private land on the outskirts of a wooded area.

King had been stabbed at least three times in the upper abdomen, based on the cuts in his shirt and injuries to the bones in that region. The time of death was estimated to most likely be April or May 1982. Authorities could not determine whether the murder occurred at the scene or elsewhere.

It is unknown why King, a resident of Minnesota, would have been in the area at the time of his death. Police continue to investigate his case and have asked for additional information about him.

According to his parents, Kraig had suffered from mental illness, did not have a car and was carrying a couple thousand dollars when he was last seen. 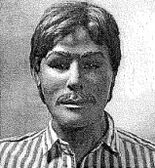 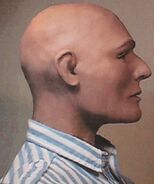