Karen Price, also known as "Little Miss Nobody" was a girl who disappeared on 2 July 1981 from a group home in Wales. Her body was found in 1989. In 1991, two men were convicted of her murder, although one suspect's charges were later reduced to manslaughter. 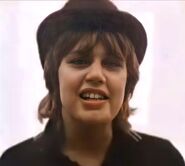