Unidentified Wiki
Register
Don't have an account?
Sign In
Advertisement
in: Male, Hispanic, People found in Texas,
and 12 more

Jose Bernardo Martinez, previously known as Beloved Doe or Amado Angelito, was a blind boy who was starved to death by his mother in 2003. He was not identified until 2008 when his estranged father saw his case on television and recognized the composite sketch as his son. 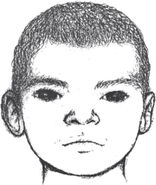 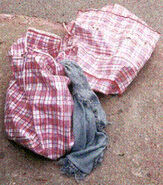