Jonathan Tihay was born on November 7, 1970 in Aurora, Illinois. He spent most of his life in Florida, but he did attend West Aurora High School in Illinois beween 1985 and 1987.

Jonathan was a drifter who worked odd jobs and got in trouble with law enforcement from time to time. He was last heard from in October 1995 and seen in Fort Myers, Florida, when he called his mother to request for some money. He was never heard from again and a missing persons report was never filed. At this time, he was wanted for a probation violation.

On March 23, 2007, a land surveyor discovered two human skulls in a wooded area near Rockfill and Arcadia Streets. The Fort Myers Police Department, with the assistance of area agencies, cadaver dogs, and forensic experts, recovered eight sets of skeletal remains. They found no clothing nor remnants of coffins, body bags, or anything else that might be used to hold human remains. There were no footprints or other signs that anyone had recently been to the scene. A connection to a nearby defunct funeral home was considered, but it was ruled out.

By the time of the discovery, Jonathan's mother had already passed away. DNA from his half-sister suggested one of the skeletons, dubbed "Victim C," could have been Jonathan. A comparison from his mother and the skeleton officially confirmed "Victim C" was indeed Jonathan Tihay. He is now buried at Saint Michael Cemetery in Aurora.

Jonathan is the third victim of the Fort Myers 8 to have been identified. As of 2021, no further victims have been identiied. The medical examiner has ruled the deaths to be homicides but no one has been arrested or convicted. The prime suspect is suspected serial killer Daniel Conahan who is presumed to have committed the Hog Trail Killings in Florida between 1993 and 1996. He is now incarcerated and sentenced to death for the murder of one of the victims, Richard Montgomery.

Conahan's victims and the identified Fort Myers 8 victims share similarities; they were male transients who disappeared between 1993 and 1996 in Charlotte County or Sarasota County, Florida. Additionally, a surviving victim, Stanley Burden, was attacked by Conahan a mile from the site the Fort Myers 8 were discovered. 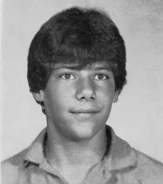 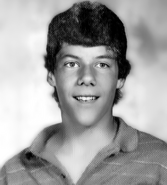 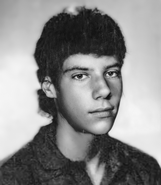