Gunshot (manner undetermined)
"Jennifer Fairgate" (also as "Fergate") was the alias used by a woman who was found dead of a gunshot in a Norwegian luxury hotel in 1995. Her death was ruled a suicide but due to recent developments, the question of whether she actually shot the gun has been reexamined.

While a Rue de la Station, in Verlaine was located, further investigation shows that none of this information provided ever existed. "Jennifer" also checked a "Lois Fergate" into the room with her. The receptionist said he didn't see anyone with her while checking her in, but another employee said they saw "Jennifer" with a man, between 25-40 years old, going into the room with her. This man has never been identified.

Bizarrely, "Jennifer" was absent from her hotel room for the next 2 days based on data from the room's key cards, and no one remembers seeing her exit or enter her room, except once. A member of the cleaning staff remembered entering her room and finding the room clean, along with a pair of vivid high heeled shoes that were never located, and it is believed that someone took them. During her stay, she attempted to contact two invalid numbers in Seraing and Grace-Hollogne, Belgium.

The day before she died, a member of the staff saw "Jennifer" enter her room and put the "do not disturb" sign on the door handle. This sign remained on the door handle for the next day and staff became alarmed, especially when it was realized she had never checked out of the hotel the day prior.

When security knocked on the door, they almost immediately heard a gunshot. Alarmed, they left the area and called the police. The room would remain unsupervised for 15 minutes, and Oslo police arrived 50 minutes after the gunshot was heard. When police entered the room, they found "Jennifer" lying on the bed, covered in blood, dead of a gunshot wound to her head. She was holding a Browning 9mm pistol, commonly used by criminals as well as the Norwegian army, in what appeared to be a suicide. However, the gun was held upside down, and no blood or gunshot residue was on her hand. The door had been locked from the inside as well, as if someone had locked it after exiting the room. The shot heard first was believed to have been a test shot into a pillow found near the body. Another key was found in the room, believed to have been given to "Lois", who appeared to have left the hotel for the rest of "Jennifer's" stay. An autopsy concluded that "Jennifer" was not 21 years old, and between 25-35. She also had removed all of the labels from her clothing.

A businessman who was referred to as Mister. F was in room 2804, right across from "Jennifer's" room. This man claimed to be from Belgium, and checked in on June 2. Mister F. told authorities that he had been told that "Jennifer" had been found dead and was asked if he had seen anything suspicious. However, Mister F. checked out on June 3, and before she was found dead. This man has never been located.

Censored crime scene photograph of Jennifer's body. The uncensored version is shown on VG documentary in sources but it is graphic. 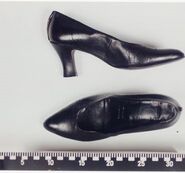 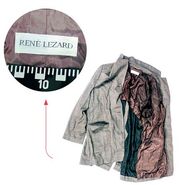 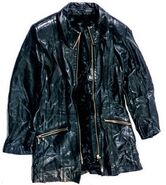