Not stated
Jefferson County John Doe was a man who was found near a closed down college in Alabama on March 25, 1981.

The victim's skeletal remains, without one or more limbs and one or both hands, were found by a coal-drilling crew  performing mineral research in a remote area 200 feet south of the Daniel Payne College campus. The campus was shut down in 1979 due to financial problems and tornado damage from April 1977. However, the Jefferson County coroner at the time, Robert Brissie, said the victim could have been deceased since 1969. 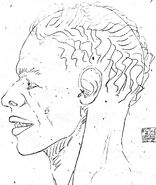