Unidentified Wiki
Register
Don't have an account?
Sign In
Advertisement
in: Male, Homicide by gunshot, People found in North Carolina,
and 10 more

James Harold Smith was a man discovered in North Carolina in 1979. Isotope testing indicated he was native to the southern part of the United States, but may have spent time in the Caribbean region.

He was identified in early December 2021. 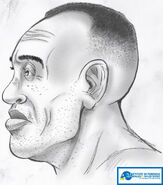