Hillsborough County John Doe was a male found deceased in a swimming pool in 1989. He was previously believed to have drowned accidentally, yet examination following exhumation indicated he was murdered.

Isotope testing revealed that he had not spent a significant time in Tampa prior to his death and was born in the Southeastern United States. It is believed that a few years after his birth, he moved to the northern part of this region. 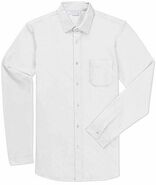