The DNA Doe Project announced his identification on November 12, 2019, and his identity was released on December 31, 2019. His identification had been the oldest made by forensic genealogy until Richard Bunts was identified in 2021. He was killed 103 years before this occurred.

Loveless was born on December 3, 1870, in Payson, Utah Territory. At the age of 28, he married Harriett Savage and had a child with her. At the age of 33, he divorced her and shortly afterwards in 1905, married Agnes Octavia Caldwell and had four children.

Loveless was a bootlegger and an outlaw who had various aliases, including Walter Cairns and Charles Smith. In 1913, Loveless was arrested many times and had several warrants for bootlegging, liquor violations and escaping jail. On May 5, 1916, Agnes Loveless was murdered by "Charles Smith" using an axe and he was arrested. On May 18, 1916, "Walter Cairns" sawed through the bars of his cell in St. Anthony, Idaho using a saw he hid in his shoe and escaped. Not much is known about his life after his escape from jail, but it has been reported that Loveless lived on the outskirts of Dubois, Idaho in a tent in 1916 and the clothing described in his wanted poster is the same clothing found with his remains, so it is believed he died shortly after his escape from jail. Police believe his murder may never be solved, but it is highly speculated that he may have been killed in retaliation for what he did to his wife.

On August 26, 1979, a torso was found buried in Buffalo Cave, Idaho wrapped in burlap. On March 30, 1991, an arm and both legs were discovered in the same cave also wrapped in burlap. It was initially believed that the man to which the limbs and torso belonged had only been deceased for 5 years, due to the conditions of the cave, and how well preserved the remains were. Despite extensive searches of the area, Loveless' head was never recovered.

Colorized version of the composite created by Anthony Redgrave 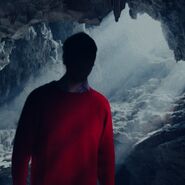 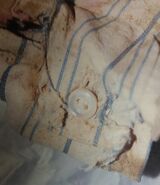 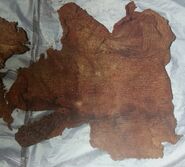 Fragments of the sweater