Unidentified Wiki
Register
Don't have an account?
Sign In
Advertisement
in: Male, Homicide by gunshot, Young adults,
and 15 more

Hans Hernán Pozo Vergara (July 2, 1985 - c. March 27, 2006) previously known as "El Descuartizado de Puente Alto" (Puente Alto's Dismembered Man), was a young man whose foot was discovered by a dog and a child in Puente Alto, Santiago. After the initial discovery, the remaining parts of his body were found distributed in many points of the city during the rest of the week.

The brutality of the crime created national attention that led to his identification in April 2006.

Hans Hernán Pozo Vergara was born on July 2, 1985. Pozo had a three-year-old daughter, a police record for theft and robbery, he was a drug addict, worked sporadically as a construction worker, and he also worked a male prostitute at one point in 2005.

Pozo had been abandoned by his mother at age four for being the son of a previous relationship. In 2005, Hans went to the Carabineros de Chile to get the address of his mother, but when he went to meet her he was chased away with a knife by his stepbrother.

He went through several foster homes, until one of his uncles took care of him, however, when he was sixteen years old, Pozo met drugs and ended up on the street when his family could not bear his continuous thefts and drug addiction.

A stray dog found Pozo's right foot on a trash can, a kid noticed the dog carry the foot and notified the police about the discovery. The police found in the same trash can the victim's head that had two 9 mm bullet impacts, a Glasgow smile and the nose removed.

His arms were found the following day, whose hands had been cut off and four tattoos ripped off (Except for a Cupid tattoo). The next day his left foot was discovered.

On April 2, two female plastic collectors reported to the police the discovery of two hands with the fingerprints ripped out on a bag on a street. The following day, a woman found the victim's torso with its guts and buttocks removed inside a garbage container.

After a DNA test verified that the remains belonged to the same person, the police reconstructed the fingerprints and used the Cupid tattoo that was not removed from the arm to identify the victim. The tattoo was photographed to be shown in various jails in the country, one of the inmates claimed to have made that tattoo for one of his former colleagues.

On April 6, 2006, ten days after the discovery of the first clue, the PDI confirmed that the remains belonged to Hans Hernán Pozo Vergara.

The authorities concluded that the murderer had refrigerated the remains of Pozo before leaving them in different sectors of the city.

Furthermore, due to the size of the victim's body, it was deduced that it could not be kept in a domestic refrigerator, but in an industrial one. The PDI pointed Jorge Iván Martínez Arévalo, an official of the Municipality of La Pintana and owner of an ice cream parlor located next to his home as Hans's murderer.

When the authorities went to Martínez to question him, he was not there, so he was summoned to testify the next day. At the same time, the prosecutor in charge of the case, Pablo Sabaj, gave the order to investigate the shop.

On the afternoon of April 8, 2006, group O.S.9 showed up at Martinez's ice cream parlor for a routine interview, upon hearing them enter, the suspect ran to his bedroom, screamed for a couple of seconds and committed suicide with a shot to the head.

According to a letter that Martinez left, the motive for the crime was because Hans wanted to blackmail and get money from him in order to not reveal that he was his supposed biological son. After his suicide, DNA tests were performed and ruled out blood ties between the two. 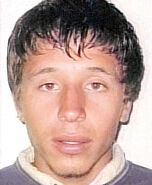 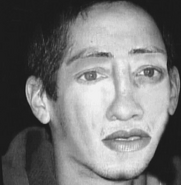