Natural
"Gustavo Rosas Hernandez" was the possible name of a male found dead in a van at a rest stop.

On January 14, 2006, the body of a man was found in the back of a van at a rest area eastbound of the I-96 in Charleston, South Carolina. He had died of natural causes.

The van in which he was found in had no license plates and all efforts to identify the owner failed.

His personal items indicate he was from Mexico and it is thought he may have been in the country illegally. When he died, it is believed that whoever was with him panicked and abandoned the van with his body inside.

An identification card with the name "Gustavo Rosas Hernandez", but investigators are unsure if the photograph on the card was of the decedent or not. 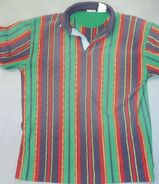