Grundy County Jane Doe was a teenager or young adult whose was body discovered alongside a roadway in Erienna Township, Illinois in 1976.

The young woman's body was discovered near a roadway in Illinois in October 1976. She was left nude, except for a sweater that was wrapped around her head. Additionally, garbage bags and duct tape were present. The case was reopened over four decades following her discovery, and the investigation towards finding her identity has been extensively pursued.

In December 2018, her body was exhumed by the DNA Doe Project for testing, which proved to be a successful extraction.

In November 2019, extended relatives of the victim, including a fourth cousin and a niece in Alabama had been identified through genealogy.

In January 2020, further details were released about the DNA Doe Project's findings. An approximate birth year spanned between 1948 and 1960. It appeared her parents were possibly from Selma, Alabama, as well as one set of grandparents.

The surname Calhoun likely belonged to one grandparent, and a great-grandparent's surname may have been Harris.

The victim did have an extensive pool of relatives residing in both Dallas and Wilcox counties in Alabama, as well as Cincinnati, Ohio and Detroit, Michigan where others moved to at some point. She also may have had siblings unaware of her birth. 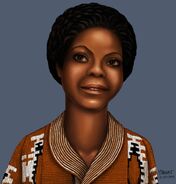 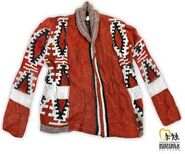 Enhanced image of the sweater