Unidentified Wiki
Register
Don't have an account?
Sign In
in: Female, Cause of death not stated, Formerly missing people from Oklahoma,
and 10 more

Greta Laura Riles was a woman found murdered in the outskirts of Tulsa, Oklahoma, in December 1992. She was identified in March 2017.

Riles went missing on June 21, 1991, but wasn't reported missing until 2012 by family members due to her lifestyle. During the time, Tulsa County probation officers were searching for her, eventually tracked down one of her associates in 2009. The associate told the officers that she hasn't been seen for 17 years and she's thought to be dead.

On December 9, 1992, a hunter located skeletal remains on the outskirts of Tulsa at 5800 N. Harvard Ave near Mohawk Park. A hairnet and a seashell-styled hair clip were located with the remains. It was determined that the victim was a black female between 18 to 26 years old. She was 5’0″ to 5’5″ tall and had not delivered any children. Her death likely occurred one to six years prior to discovery.

In 2013, Carl Koppelman compared the unidentified remains to Greta Riles, whose missing person report was a new addition to NamUs, on Websleuth. Koppelman submitted this tip to Michael Nance, the regional coordinator of Oklahoma cases on NamUs. The remains were matched to Riles in March 2017 via DNA. 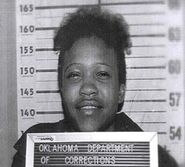