Francine Frost was a middle-aged woman who disappeared after a shopping trip in Tulsa, Oklahoma, in 1981. Her remains were found 2 years later, but she remained unidentified till August of 2016. Her death is ruled a homicide.

Frost disappeared on the evening of February 16, 1981, after she went grocery shopping. Next morning, her car was found abandoned in Skaggs Alpha Beta parking lot, with keys dangling on the car door. Foul play was suspected. Her family immediately filed a missing person report. It was estimated that she disappeared between 8:30 pm and 4 am.

Partial remains of a woman, estimated to be 25-40 years old, and clothing were discovered near Martin, Oklahoma, in January of 1983. An Oklahoma medical examiner spotted the remains' autopsy report when she was moving office and entered the information into NamUs.

Frost's grandson spotted Carl Koppelman's forum on Websleuths that linked her to the unidentified remains in December of 2014. The body was then exhumed in 2015, with DNA and dental records identifying the body as Francine Frost.

The Frost family proposed a law named after Frost, Francine's Law. The proposed law would require LE agencies in the state of Oklahoma to enter all missing persons and unidentified remains within 30 days of their date of last contact and discovery. 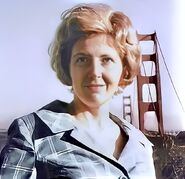 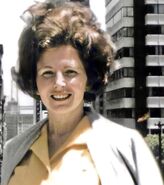