Unidentified Wiki
Register
Don't have an account?
Sign In
Advertisement
in: Male, Homicide by gunshot, 1994 discoveries,
and 11 more

Two boys playing found several bones in a wooded area near Bonn. After the police were informed, they found more bones, pieces of clothing and a few objects.

The coroner found a bullet hole in the back of the skull and conducted a DNA examination. This, along with the petite bone structure and body size, led to the conclusion that the skeleton was a female.

A witness came forward who claimed they saw a white car near the scene. This was considered unusual since the place of discovery was particularly remote and strangers do not typically get lost there. The car had a Bonn license plate and the witness remembered that a part of the traffic light was in the back seat of the car.

At the beginning of 2021, the case was reopened and DNA tests were carried out again: This confirmed the body was a man. The clothing found at the scene was also digitally processed, allowing reconstruction to take place.

On January 10, 2022, the police announced that the unidentified man had been identified after more than 27 years. He was Ernst K, who was 25-years-old at the time of his death.

The unmarried Ernst, who was from Siegburg, Germany, was reported missing by relatives on February 19, 1990.

His murder is still under investigation. 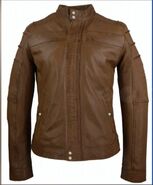 Bright SUV, which was seen nearby (symbol image).