Erica Michelle Marie Green (May 15, 1997 - April 28, 2001), previously nicknamed as "Precious Doe" was an American toddler whose headless body was found in Missouri. Her head was later found on May 1. Green's murder was eventually solved after she was identified.

The headless, unclothed body of a black female toddler or young child was discovered on April 28, 2001 in a wooded area near a park in Kansas City, Missouri. The body bore obvious signs of trauma and abuse. On May 1, 2001, the girl's head was discovered not far from the location where the rest of her remains had been found a few days prior. The head, found wrapped in a plastic bag, was badly decomposed, having been exposed to the elements for days. Clay renderings and digital reconstructions were employed to estimate how the victim looked like when she was alive.

In May of 2005, the girl was identified as Erica Green, a local child who had never been reported missing. Erica's mother and stepfather were charged with her murder. Although some reports claim that the child was alive when she was decapitated, the vast majority of reports on this case state that Erica had been beaten to death with an ashtray and via kicking after she refused to go to bed, which enraged her parents, and that Erica may have laid deceased for several hours before her decapitation and disposal. 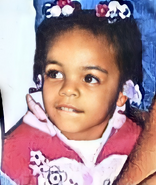 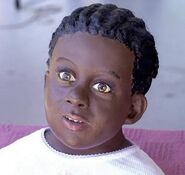 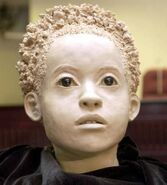