"Eric" was the possible name of a young man murdered in California in 1998. He was also known by the nickname of "Huck"

Three individuals have been convicted of Eric's murder.

The victim's remains were located on a remote mountain area in Boulder Creek, California, on December 27, 1998. He had suffered violent head injuries and had received at least two stab wounds to his throat. It is believed he died weeks before his discovery, most likely in November, as his body was decomposed beyond recognition. Opiates were also found in his system.

In January 1999, a unidentified teenager was named a person of interest in the case. He had called police saying that a truck driver who picked him up had kept him chained in his truck, and had sexually assaulted him. He had used the alias "Jeremy Colmen", and while held captive, stated that he was wanted for the death of the unidentified victim. Both were arrested and the teenager was identified as 19 year old Jeremy Towner. When searching a residence he and some friends stayed in, evidence linking him and his friends to the decedent's death was located, and they were arrested.

In September 2001, Towner was sentenced to life in prison for his role in the decedent's death.

Between November 10 - 15, 1998, Towner drove himself, the victim, the victim's girlfriend, who's name was Anna, to his friend Kimberly LaBore's cabin, where his friend James Dotson was. Towner had supposedly planned to get some of his belongings at the cabin.

Towner knew the victim and his girlfriend, as they had been in a group full of mostly homeless individuals. The victim was known as "Huck" but his real name may have been "Eric". Eric may have been from Florida as well. He was a drug user and at the time of his death, was homeless.

At the cabin, Eric was lured into the master bedroom, while Anna and Towner's friend Mitch Russell, who was staying at the cabin as well, went to bed.

LaBore and Dotson then began to beat Eric, and LaBore began stabbing the victim in the throat with an Exacto blade, which eventually killed him. Although he hadn't been the one to kill him, Towner reportedly seemed proud for what he had done, and LaBore and Dotson cruelly mimicked Eric's gurgling sounds and his plea's for help. They then dumped Eric's body in a mountain area in Boulder Creek.

When Russell woke up, Towner told him that Eric had left. When they got back to town, Towner told Russell about what he and his friends had done to Eric. LaBore and Dotson became concerned because Towner had been talking so much about what he had done, so they threatened him and Russell, and told them to keep quiet.

During his trial, Towner reportedly cried and said "Man... I didn't want this guy to die". However, after his sentencing, he addressed the prosecutor, telling her "I hope you feel satisfied, you just booked the wrong kid. I know it looks good for you to get all these convictions in the interest of justice and all that crap.".

LaBore and Dotson were later convicted for their role in Eric's death. Supposedly, they had killed Eric because he had a gun that they wanted.

All of the perpetrators, including more of their friends, have been implicated in many other deaths.

Anna, Eric's supposed girlfriend, has never been located, and it's unknown whether her existence was a lie by the perpetrators, or if she herself was murdered as well. Anna reportedly owned a Toyota auto with white tag plates. 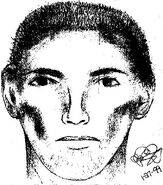 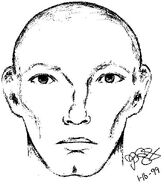 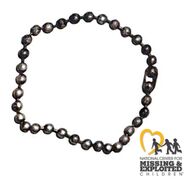