Elko County Jane Doe was a young woman who was found murdered near the I-80 off-ramp to Shafter, Elko County, Nevada. 14 women have been ruled out as the victim.

The victim had been shot twice--once in the chest and once in the back--with a small-caliber gun and had been severely beaten about the face. There was no sign of sexual assault. Her body was found approximately six days after her death, in an advanced stage of decomposition.

She was dumped at the Shafter off-ramp of Interstate 80, between the towns of Wendover and Wells. The area where her body was found is on the edge of a vast and desolate desert bisected by one of the country's busiest highways.

Investigators believe she was killed in another location and dumped at the off-ramp. It is possible her murder is linked to other Great Basin murders that occurred between 1983 and 1997. Dale Wayne Eaton, a murderer on death row in Wyoming, has been named as a possible suspect in her case. 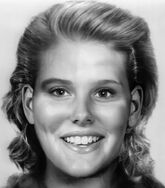 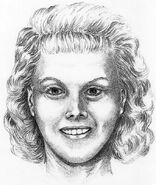