Unidentified Wiki
Register
Don't have an account?
Sign In
Advertisement
in: Female, Homicide by gunshot, 2014 identifications,
and 11 more

Elizabeth Honsch (1979 - c. September 19, 1995) was a young woman who had been murdered by her father in 1995. She was identified in 2014 alongside her mother, to whom she was biologically linked prior to their identifications. 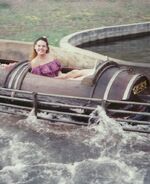