Eliazar Ruiz was a child discovered in a garbage bag in the fall of 2017. He was identified in January 2018.

Ruiz was discovered near a vacant building in September of 2017 and was believed to have died months before he was located, around the spring or summer of that year. The remains were skeletonized and placed in a garbage bag.

The child's ethnicity remained undetermined, as well as his cause of death. Authorities did disclose that they found the death "extremely suspicious." They did determine he was between the ages of 3 and 4.

His death was ruled a homicide, as toxicology revealed he had illegal drugs in his system at the time. Ruiz also had a fracture on each arm, although it is unknown when the injuries took place.

Ruiz was identified following a tip on January 9, 2018. He was not reported missing. Two people were convicted of his murder, who knew Ruiz’s mother. 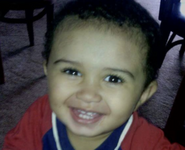 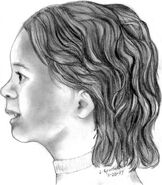