Unidentified Wiki
Register
Don't have an account?
Sign In
Advertisement
in: Female, Homicide by beating, Sexually assaulted,
and 12 more

Doris Ann McLeod (1974 – February 23, 1991) was a teenager whose body was discovered in Dane County, Wisconsin in 1991. After months of being unidentified, she was later linked to Milwaukee, Wisconsin where police were informed she was a runaway from a group home in Decatur, Illinois.

McLeod's body was discovered in a field after a slight snowfall on February 23, 1991. The victim had visible blunt trauma across her body, additionally with a postmortem neck injury. The victim was also sexually assaulted.

Her hands had been severed and were later recovered by hunters, lacking fingertips, indicating she had prior run-ins with police. Months after her discovery, her reconstruction was recognized by someone in Milwaukee, Wisconsin. Previous to this, the case had made national attention and over 2,000 missing girls were excluded from the case.

In the time following leaving the home where she resided, she traveled to Milwaukee, where she began work as a prostitute. It is believed she was murdered after violating "rules" invoked by a gang to which her pimp belonged. It was known she was unhappy with prostitution.

After she was linked to a group home in Illinois, it was learned she spent time in over a dozen foster homes after being removed from a dysfunctional household. McLeod ran away from the state's custody for the last time in 1990.

Police went to her pimp's residence where they met his three-year-old son, who had found Doris' body hanging in the basement after her murder. The child, referring to the victim as "Dee" gave police information incriminating his father.

After his trial concluded, her killer was sentenced to life in prison with a parole date set for McLeod's 100th birthday. 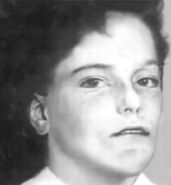 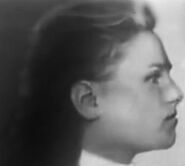 Gravestone prior to identification