Vehicle accident
"Donna" was the possible name of a young woman who died after sustaining injuries after she was hit by a tractor-trailer in 1982. She may have used the name while travelling, but it is unknown if it was her real name.

The victim died after an accident while walking in Fort Lauderdale, Florida. It is believed she was seen in the coastal region of Florida on the last three days before she died.

Business cards that the victim carried were called and a Louisiana police officer recalled speaking with a girl with a "thick Cajun or Southern accent" that claimed she was a runaway and had a friend or sister from Las Vegas, Nevada. The girl said her name was "Donna." 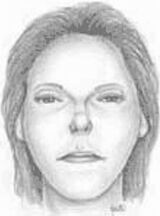