Detroit Jane Doe, commonly known as Harper Jane Doe, was a young woman who was found murdered in a landfill on Harper Avenue, Detroit, Michigan in 1987. She was identified in 2020. No further details are available at this time.

The victim had been stabbed to death with her being throat slit. Evidence was present that she had also been sexually assaulted. Her body was found between hours and two days of her death.

The body was exhumed in 2014 to obtain DNA, which proved to be insufficient for profiling. She was exhumed in 2019 again for testing by the DNA Doe Project, which supplied a successful attempt to create a usable file. 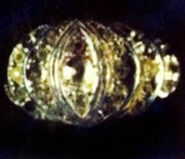