Kent was last seen on November 8, 1974, watching a play at Viewmont High School in Bountiful, Utah. She had left at approximately 10:30 pm to pick up her brother from the nearby Rustic Roller Rink. However, she was never seen again.

According to witnesses, there was loud screaming coming from the parking lot of the school around the time that Kent was last seen. One person saw a light-colored Volkswagen Bug speeding away from the school.

After her parents realized that she had never left the school, they found a handcuff key sitting by the car. This, along with the car seen driving away from the school, was connected to Ted Bundy.

Just before his execution in 1989, Bundy confessed to the murder of Kent. He led authorities to where he claimed to have put Kent's body in the Fairview Canyon area of Fairview, Utah.   Before Bundy would be put to death, he identified where he had hidden the remains by pointing to the area on a map that had been torn from an atlas, according to a 1989 article from The Associated Press.

The only human bone found was a patella (knee cap), which was assumed to have been Kent's and given to her family. However, because investigators were unable to get DNA from the remains, they were unable to confirm the identification.

After going through the missing person report, it was noted that Kent's mother had the kneecap, which authorities at the time didn't know about. The remains were sent to the University of North Texas and identified as Kent's in 2015. 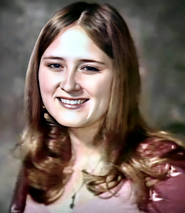 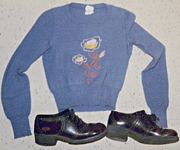 Examples of the clothes Kent was wearing when she was abducted. Courtesy Bountiful Police Dept.