Unidentified Wiki
Register
Don't have an account?
Sign In
Advertisement
in: Featured cases, Female, Homicide by gunshot,
and 15 more

Deanna Lee Criswell (September 20, 1971 - November 1987) was a young woman found dead under an overpass in Pima County, Arizona. She was identified in February 2015.

While she remained unidentified, she was known by the name "Jane Doe 19".

Deanna ran away from home sometime in July 1987. She occasionally called her father whilst living on the streets. She then began a relationship with William Ross Knight, and they relocated to Tucson, Arizona. She did not call her father after arriving in Tucson. Her father did not immediately become concerned due to the fact she could take care of herself. When her father attempted to report her missing around Christmas, authorities declined due to the fact Deanna had ran away before.

Deanna's decomposing body was found under an overpass alongside Interstate 10 by a homeless man. Deanna head been shot four times in torso and once in the neck. Tire tracks were located at the scene showing that Deanna had been murdered at a different location. She was believed to be 17 - 25 at the time of her murder, although Deanna was 16. Deanna was found wearing a blue denim jacket, black denim pants, and "Etonic" tennis shoes. The amount of clothing indicated she may have been a runaway.

Deanna was identified after her aunt and uncle submitted their suspicions that the unidentified victim was their estranged niece. DNA testing confirmed that the victim was Deanna.

Deanna had been in a romantic relationship with William Ross Knight, who was infamous around the state for armed robberies. He died in 2005 due to liver problems.

Knight was linked to the scene in 2011 after his DNA was discovered on evidence from the scene, which has led authorities to conclude that he was, indeed, Deanna's killer. 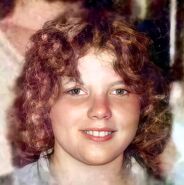 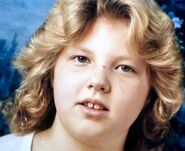 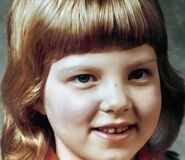 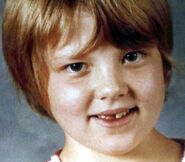