Unidentified Wiki
Register
Don't have an account?
Sign In
Advertisement
in: Male, Cause of death not stated, Doe Network solves,
and 8 more

David Michael Cunningham was a man who disappeared from Georgia in 1984. Several months later, his remains were found in Alabama, but remained unidentified for over thirty years.

Cunningham stated he planned to return home the same day he traveled to Atlanta, but remained absent. His vehicle was located along a highway in Alabama and an officer wrote a ticket to an individual using his name. It is unconfirmed if he was the driver. 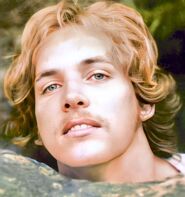