Darcie Renée Frackenpohl (May 8, 1970 - September 17, 1987) was a teenager who was murdered in 1987 in California after she had run away from home in Washington. She remained unidentified for several months.

She was a victim of serial killer Roger Kibbe, who was later murdered himself in what is being described as a "prison attack" in February 2021. 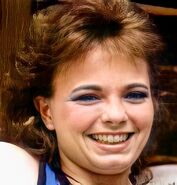