Courtney Nicole Dubois (February 2, 1998 - August 13, 2018) was a young adult who went missing in 2018 from West Virginia. Her dismembered remains were found in a landfill in Bartow County, Georgia. She had died after being given a deadly amount of fentanyl and was identified via dental records. A man was later charged with her death, as well as several other charges. 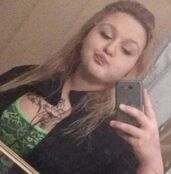