Cochrane John Doe was a man whose partial remains were found in 2012 by children playing near the vicinity of Highway 22 and Township Road 252 near Cochrane, Alberta, Canada.

It was reported that the children had found only the skull, but it is unknown whether other bones were found later at the scene. It is believed that the remains had been decomposing there for less than a year before they were found. No clothing or jewelry was recovered.

His skull showed signs of a previous broken nose that had healed, and medical examiners were able to get full dental records, DNA samples, as well as a 3-D representation of how John Doe would have likely appeared while alive. 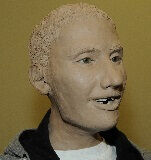 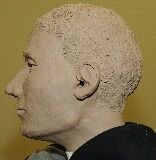