Unidentified Wiki
Register
Don't have an account?
Sign In
Advertisement
in: Male, Death cause undetermined, Cases with Wikipedia articles,
and 15 more

It is believed he died in early September and there were no signs of foul play.

He was identified in September 2021 through DNA. It is unknown how he got to Maine and his death is currently under investigation.

Christopher Roof was born on April 24, 1951 in Concord, Massachusetts to Simon Roof and Marcia Moore. He attended Hampshire College for two years, then went on to graduate from Emerson College in 1978 with a Bachelor of Fine Arts. He self-published poetry books for both children and adults and was an active member of the Concord community, having served on the Concord Historical Commission from 1994 until 1998, worked at the Thoreau Lyceum for several years and taught at Emerson College and the Concord-Carlisle High School. He was also a member of the First Parish Church where he taught Sunday School.

Shortly prior to his disappearance, Roof donated a number of his mother’s writings to the Concord Library in 2009, and had donated his own writings in 2007.

Christopher's mother, Marcia Moore, disappeared in 1979 and her body was found in a wooded area in Washington state in 1981. Her cause of death is also undetermined. 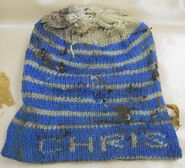 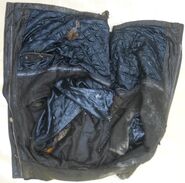 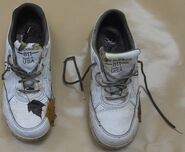