Chester County Jane Doe was a female found dismembered in 1995.

The decedent's nude torso was found in a suitcase along the Brandywine Creek, near Downingtown and West Chester, Pennsylvania on July 11, 1995. The suitcase had been covered with a green trash bag and was maroon in color.

On January 29, 1996, legs were discovered wrapped in trash bags in the Cores Creek State Park in Middletown Township, Bucks County, Pennsylvania. The legs were partially skeletonized and the discovery site also contained a bag that had clothing items belonging to women and girls. Due to decomposition, DNA evidence could not match the legs and the torso, however the leg fit perfectly into the hip when doctors placed the right femur head into the acetabulum of the torso.

Investigators believe the victim was killed at another location and her remains were dumped where they would eventually be discovered. She had sustained some trauma to her face, indicating a small struggle but not a serious fight. There was no evidence of drugs in her system besides a small amount of alcohol or indication that she had been sexually assaulted.

Investigators theorize she did not come from the Philadelphia area and might not be from the United States. 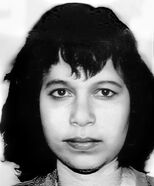 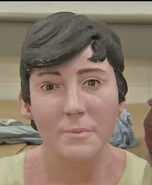