Stabbing
"Chester" was a man found murdered in California in 1999. 23 men have been ruled out as the victim. 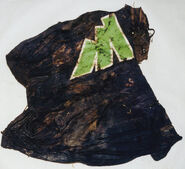