Carl Junior Isaacs Jr., previously known as Rock County John Doe and John Clinton Doe, (April 30, 1974 - c. June 1995) was a young man found deceased on the bank of Turtle Creek near Clinton, Rock County, Wisconsin in 1995. His cause of death remains undetermined but foul play is not suspected.

DNA Doe Project announced his identification on February 22, 2019. His identity was released on June 14, 2022.

His skeletal remains were found with no signs of foul play. He was lying face down, fully clothed in unique camo pants, black "Venom" band t-shirt, and covered in a lined plaid jacket. The remoteness of the scene (no vehicle access) and position of the body indicate he died in his sleep, from an overdose, or perhaps from hypothermia. During the initial investigation to discover his identity, witnesses came forth to report they had seen a young man appearing intoxicated running through the Creek a year prior on October 30, 1994. While most investigators believe "River Guy" (young man running in Creek) is the same person found a year later (JCD), no conclusive evidence links the two individuals.

The Find JCD Project was established in 2015 in order to focus more attention on this case and to organize volunteers in the hunt for JCD's name and family. Currently (August, 2018) bone material from JCD's femur has been submitted to Bode CellMark DNA labs to extract DNA in order to conduct a genetic DNA search through the DNA Doe Project. His DNA was successfully sequenced.

Project EDAN sketch. It has since been deemed obsolete and outdated. 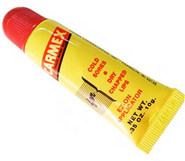 Enhanced image of chapstick by NCMEC.

Enhanced image of lighter by NCMEC. 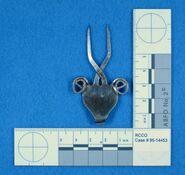 Enhanced image of watch by NCMEC.