Unidentified Wiki
Register
Don't have an account?
Sign In
Advertisement
in: Male, Suicides by jumping, People found in Nova Scotia,
and 10 more

Brent Allan McLellan was a man whose skeletal remains washed up on Sandy Cove Beach, Nova Scotia, in September 2019. He was identified in January 2020.

Brent took his own life after fighting a long battle with bipolar disorder and addiction by jumping off of Saint John's Reversing Falls Bridge in New Brunswick, on July 11, 2019. His body was recovered in Nova Scotia on September 8, but his family knew of his passing after seeing a tourist's photograph of him in the water.

He was identified on January 17, 2020, through DNA testing after his family saw a photo of his Terra work boots on January 6, 2020. Brent was a hockey and baseball player and is in the Saint John Sports Hall of Fame, and his death was a heartbreaking loss to everyone in the community.

It is worth noting that the police didn't reveal Brent's name when they confirmed they had identified his remains on January 20, 2020. A YouTube video from The Fifth Estate regarding unidentified remains mentioned his identity with permission from his family. Numerous other articles have also mentioned his identity with the permission of his family in hopes of raising awareness for suicide prevention and the importance of access to mental health resources. 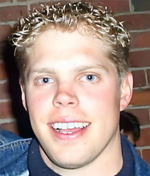 Reconstruction by the New York Academy of Art 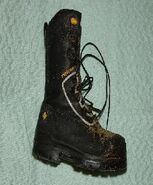