"Body 21" was one of five victims of John Wayne Gacy who remains unidentified.

The victim was located in the southeast corner of a mass grave site in the crawl space of Gacy's home at 14:20 p.m. on December 28, 1978. This decedent was buried face-upwards in the crawl space, approximately twelve inches beneath the surface of the top soil. No clothing was discovered upon his body, and no cause of death could be determined.

This individual is believed to have been murdered between June 13 and October 25, 1976, based on the fact his body was buried directly above the body of William Carroll (Body 22), who disappeared on June 13, 1976, and the estimated date of death of two later victims of Gacy buried within the crawl space.

This decedent was also buried higher in the crawl space than victim Rick Johnston, who disappeared on August 6, 1976, and who was also recovered from the mass grave in which this victim and William Carroll were buried, leaving a possibility this victim may have actually been murdered after August 6. Additional details, such as the belief that employee David Cram was not a resident in Gacy's home until August 21, potentially narrows the date of death to having occurred between August 6 and 20, 1976.

Details surrounding where Gacy met this victim, or whether he was either abducted from the street or tricked into accompanying the serial killer to his home are unknown. Gacy more than likely sexually assaulted and tortured him prior to the murder. 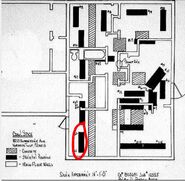