"Body 13" was one of serial killer John Wayne Gacy's 33 known victims, and one of five who still remain unidentified.

The skeletal remains of Body 13 were found beneath serial killer John Wayne Gacy's house at 14:00 p.m. on December 27, 1978. His nude remains were discovered in the southwest corner of Gacy's crawl space. His remains were found face-upwards, with his head turned slightly to the right, and approximately thirteen inches beneath the top soil. No cause of death for this decedent could be ascertained.

Gacy may have killed this youth in the range of August to October 1976. This is known to be the most likely date of his murder and burial via the fact the trench in which his remains were found were described at Gacy's trial by employee David Cram as being the "only" trench he had dug in Gacy's crawl space after the August 1976 commencement of his employment with PDM Contractors and on or prior to his terminating his employment contract with Gacy on October 5, 1976.

The dental coverage of this victim shows that he may have been suffering from a terrible toothache around the time of his disappearance. The youth also had very dark brown, wavy hair, described on his autopsy report as being "almost black" in visual appearance.

His body was located in the southwest corner of the crawlspace, close to the body of Russell Nelson (Body 16) and parallel the body of Michael Bonnin (Body 18). 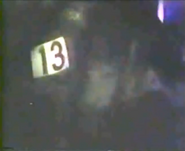 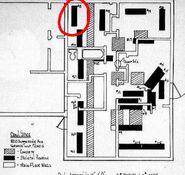