Unidentified Wiki
Register
Don't have an account?
Sign In
Advertisement
in: Male, Homicide by asphyxiation, 1950s births,
and 11 more

William George "Bill" Bundy (October 22, 1957 - October 26, 1976) was a young adult who was murdered in 1976 by John Wayne Gacy. He was an accomplished diver and gymnast at the Nicholas Senn High School in Chicago, Illinois. Prior to his identification, he was known as "Body 19."

He was identified in November 2011 through DNA comparison with his sibling, his identity was confirmed on November 8, 2011 and was disinterred to be buried at the family plot with his parents. 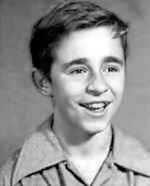