11 years
"Benjaman Kyle" was the placeholder name given to an American man who was found in a severe state of amnesia. In late 2015, he was identified as William Burgess Powell through genetic genealogy.

Kyle was born as William Burgess Powell on August 29, 1948, in Lafayette, Indiana. He had also been raised there. In 1976, Kyle abruptly moved to Boulder, Colorado after cutting ties with his family and abandoning his possessions, which included his car and the trailer where he had been living. His family did attempt to file him as a missing person at the time. Social security records show he worked at various jobs until around 1983, after which no records of his employment exist until of his discovery in 2004.

On August 31, 2004, Kyle was discovered outside a Burger King in Richmond Hill, Georgia by an employee. He had been beaten and was covered in red ant bites and sunburn. He was also discovered naked and unconscious. After his discovery, Kyle was taken to a hospital, however, he did not remember where he came from or his name, and he carried no identification.

He eventually adopted the name "Benjaman Kyle" as he believed Benjaman was his first name and Kyle came from the placeholder name given to him.

Doctors determined that Kyle suffered from dissociative amnesia and had a period of twenty years that were missing.

Kyle stated that he believed he came from Indiana or Colorado and had some familiarity with the cities of Indianapolis and Boulder. He particularly had memories of the University of Colorado Library, although it was never confirmed if he was a student there. Kyle also had extensive knowledge of restaurant management and food preparation, suggesting that he might have worked in the industry prior to his amnesia.

As he was unable to recall his social security information, Kyle remained homeless and unemployed for many years after his discovery.

There were numerous efforts to identify Kyle, including fingerprint searches, media appeals and through missing person reports, but they all came up empty.

Kyle's DNA was eventually submitted into genealogy databases and he was linked to a distant relative with the surname Powell. It was established that this lineage had family members living in the Pacific Northwest in the early 1900s. Colleen Fitzpatrick was involved in his case until he cut off communication with her.

Kyle announced on his Facebook page in September 2015 that he had been identified, but at the time, asked for his name to be withheld. This identification was led by CeCe Moore, who developed a family tree. In November 2016, his true identity was revealed. 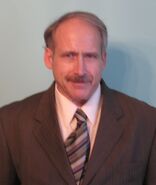 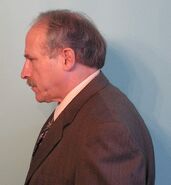 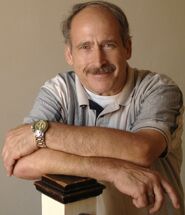 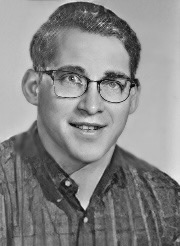