On August 6, 1992, Jane Doe’s mummified skeletal remains were discovered in a desert area near the northwest corner of Idaho and Baseline Roads, south of US Highway 60 in Apache Junction, Arizona (Pinal County). It is believed she had been deceased for approximately 3 to 10 weeks prior to recovery.

Her skeleton has exhumed for DNA testing at an unknown date, most presumably by the DNA Doe Project.

DNA testing done by the DNA Doe Project disputed speculation that she may have had Native American or White ancestry, as it showed that the victim was biracial: having a parent of Mexican descent, and a parent of Black descent, having ties to Virginia.

On February 13, 2020, the DNA Doe Project announced that she might have substantial ties to the following areas:

In June 2021, a first or second cousin of the decedent was publicly identified. Investigators were given the name "Bernhard Lyon Neumann" from individuals who were identified through forensic genealogy as being a very close relative to Jane Doe. However, it is unsure whether he still holds this name. He is believed to be born in 1953 near Darmstadt and Eberstadt, Germany to a woman named Else Maria Neumann and his father is believed to be an African-American service member. "Bernhard Lyon Neumann" is not considered a suspect in her death and he is simply being sought in order to identify Jane Doe. 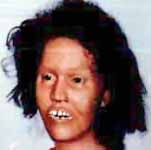 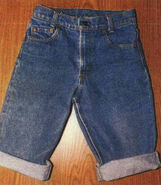